By JENNIFER B. DAVIS, Spotlight Contributor

“If you have a garden and a library, you have everything you need,” wrote Roman leader Marcus Tullius Cicero centuries ago.

In Clintonville, a drive west on Hollenback will lead a person to both.

The 13-acre Whetstone Park of Roses opened June 7, 1953, and 25,000 attended the grand-opening events, according to Mary Rodgers of the Clintonville Historical Society.

“It was the brainchild of then-Mayor James A. Rhodes. The American Rose Society moved its headquarters from Hershey, Pa, to the new park and 50,000 roses were planted to start, including the La France tea rose and President Eisenhower,” Rodgers said.

“Almost immediately, local Realtors began using the park as a selling tool to attract buyers to the neighborhood. Originally, the park was fenced and there were turnstiles that were used to collect the admission fee.”

In earlier days, the Maiden of the Roses annual beauty pageant was part of the park’s activities. Today, some historic photos of the chosen maidens are on display at the nearby Rusty Bucket restaurant. 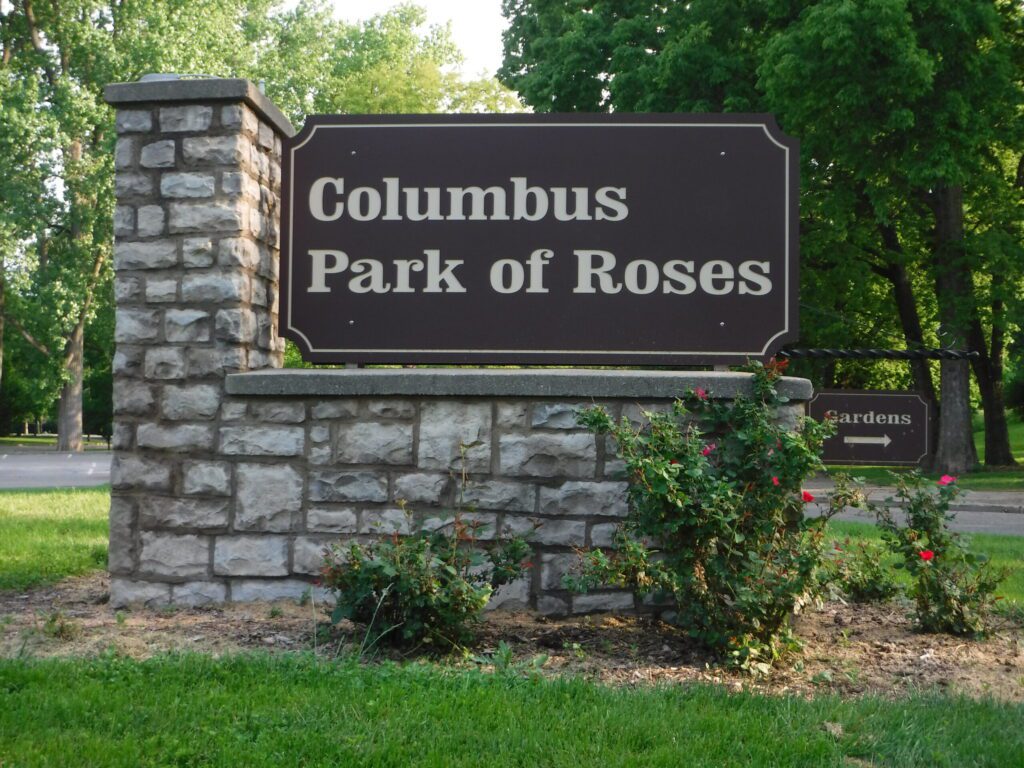 (Spotlight photo by Jennifer B. Davis)

“Thousands of weddings and engagements have occurred at the park,” Rodgers confirmed. “It is literally a world-renowned location.”

The city’s current mayor enjoys what one of his predecessors brought to life.

“The Columbus Park of Roses has the unique distinction of being a hidden gem of sorts for some, while representing the heart and soul of one of our city’s most cherished neighborhoods. I have so many fond memories of my time there over the years – from weddings and community celebrations at the shelterhouse, to concerts in the gazebo, Fourth of July fireworks, small kiddos climbing the spiral staircase of the tower, families taking photos in front of the fountain and so much more,” recalled Columbus Mayor Andrew J. Ginther, a former Clintonville resident.

“Catch the park just early enough in the spring and summer months, and you’ll find artists perched near their easels working to capture the beauty of the grounds.”

Corinne Taylor, cultural arts and special events specialist for Columbus Recreation and Parks, said her staff provides the permits for Movies in the Park and the Sunday evening Civitan Club of North Columbus Park of Roses Concert Series scheduled through Sept. 4.

“We have 800 (attendees) every Sunday night,” with the exception of the past couple of seasons due to COVID, said Glenn Williams, organizer of the concert series.

In 2021, 423 events were held at the enclosed shelters, open-air shelters and wedding sites, with weddings accounting for 34 percent of the rentals in the enclosed shelter, according to Stephanie Garling, communications and marketing manager. The indoor and outdoor shelters are regularly booked for three to four events each week.

“We host events celebrating all of life’s moments – everything from baby showers to retirement parties and everything in between. Weddings are extremely popular, but family gatherings of all types enjoy our beautiful park. The pandemic has seemed to actually increase our rentals. We offer an opportunity for people to host gatherings without having dozens of people at their homes,” said Garling.

The Whetstone Shelterhouse can be booked by calling the Columbus Recreation and Parks Rental Services office at (614) 645-3337. The open-air shelters at Whetstone Park can be booked online at columbusparkrentals.com.

Even a well-loved park has the road not taken as often as others.

“There is a really nice walking path through the woods just south of the enclosed shelter,” said Garling. “It is also nice to walk around the Columbus Park of Roses throughout the year to see what is blooming.

“The roses are usually at their peak in early to mid-June, and they bloom through September. The heritage garden has just started blooming. The formal garden will stay in bloom usually until the end of July, then the second full bloom comes around again in mid-September and remains until the end of October.”

The Park of Roses Foundation receives tax-deductible donations for many reasons, including structural improvements, memorials, the bird feeding program and as retirement, birthday, wedding, Christmas and congratulatory gifts.

“Many people do not realize that the Park of Roses is a certified arboretum. The herb garden is the most serene part of the garden. In the heritage garden, those are the first to bloom and are commonly called old-garden roses,” said Nancy Walsh of the foundation.,

“The dates of origin for some of them date back to the 1600s and some are dated with years back to B.C. In this heat, they’ll stay in bloom until mid-July and there will be a second bloom in mid-September through the end of October. Fall is just magnificent.” 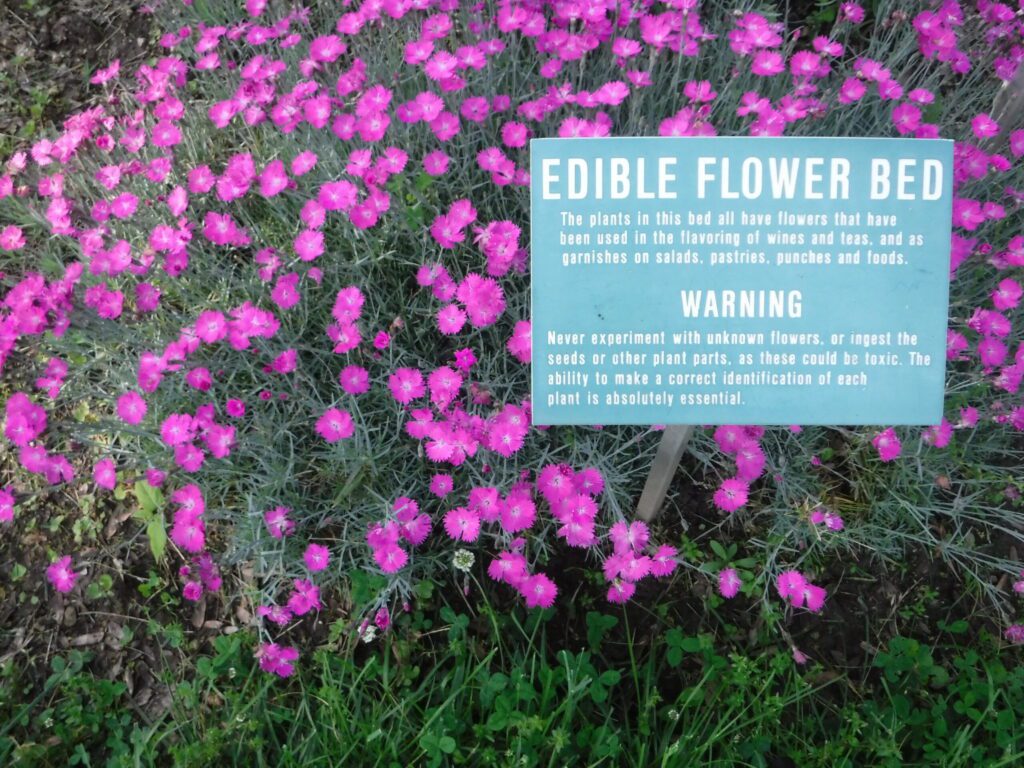 (Spotlight photo by Jennifer B. Davis)

Identification plates indicate that both the Pope John Paul II HT and Reba McEntire Grandiflora floral namesakes, for example, are in the park. So far, Walsh and a relative have cleaned more than 700 of the thousands of nameplates throughout the gardens to restore their appearance.

“That’s our job this summer. It’s fun. We go once a week and have a wonderful time,” Walsh said.

The rose park is a year-round destination.

“There is something to see all four seasons of the year. The last couple of years we steered toward the maintenance of existing things. The wedding gazebo was power-washed and painted, and the wooden wedding arbor was replaced. We’re restoring the original beauty of the garden and bringing back the old to new,” Walsh explained.

Along the way, Walsh has made memorable connections.

“I meet the most wonderful people who have become lifetime friends from meeting in the garden and their memorial donations. We keep in touch with our donors, too,” she said.

A particularly memorable moment was the debut of the restored fountain.

“When we restored the fountain all through donations, it just glittered like diamonds when the water was turned on,” she recalled. “It was about a two-year fundraising project. It’s the focal point of the garden.”

The fountain was dedicated to the memory of J.T. Edwards Sr. by the Edwards family on June 17, 1988, and renovated structurally and electrically in June 2013 thanks to numerous private donations.

Walsh is often asked for advice about where to stage proposals of marriage.

“Every day it’s something. Graduates and brides posing for pictures, dogs walking through the park. I would love to know how many proposals have taken place here,” she said.

“Guys will call and ask, ‘Where is the best place to propose?’ I ask them when they are going to propose and then tell them an area I know will be in bloom.”

The park, renowned for its size and splendor, can be visited free of charge.

“This is one of the largest rose gardens in the United States. We have visitors from all over the country. They make this one of their stops. We have two donors from out of the country who lived here at one point. Our visitors are from everywhere,” she said.

The backyard garden is the most recent garden addition.

“Everything is labeled, and people can go see what they can plant that’s readily available in garden centers and see how it will look at maturity. There is a winding paved walkway, trellis and a bird bath, just like you could have at your home,” Walsh said.

When she visits, Gahanna resident Kendra Bradley especially appreciates the appearance of the park.

“I just love being surrounded by beauty. It’s such a serene place. I love all the photo ops and it’s always well-manicured. I am in awe of the people who take care of it,” said Bradley.

“I love the separate pathways you can take. I feel like I can constantly stroll and take it all in. It’s a happy place.” 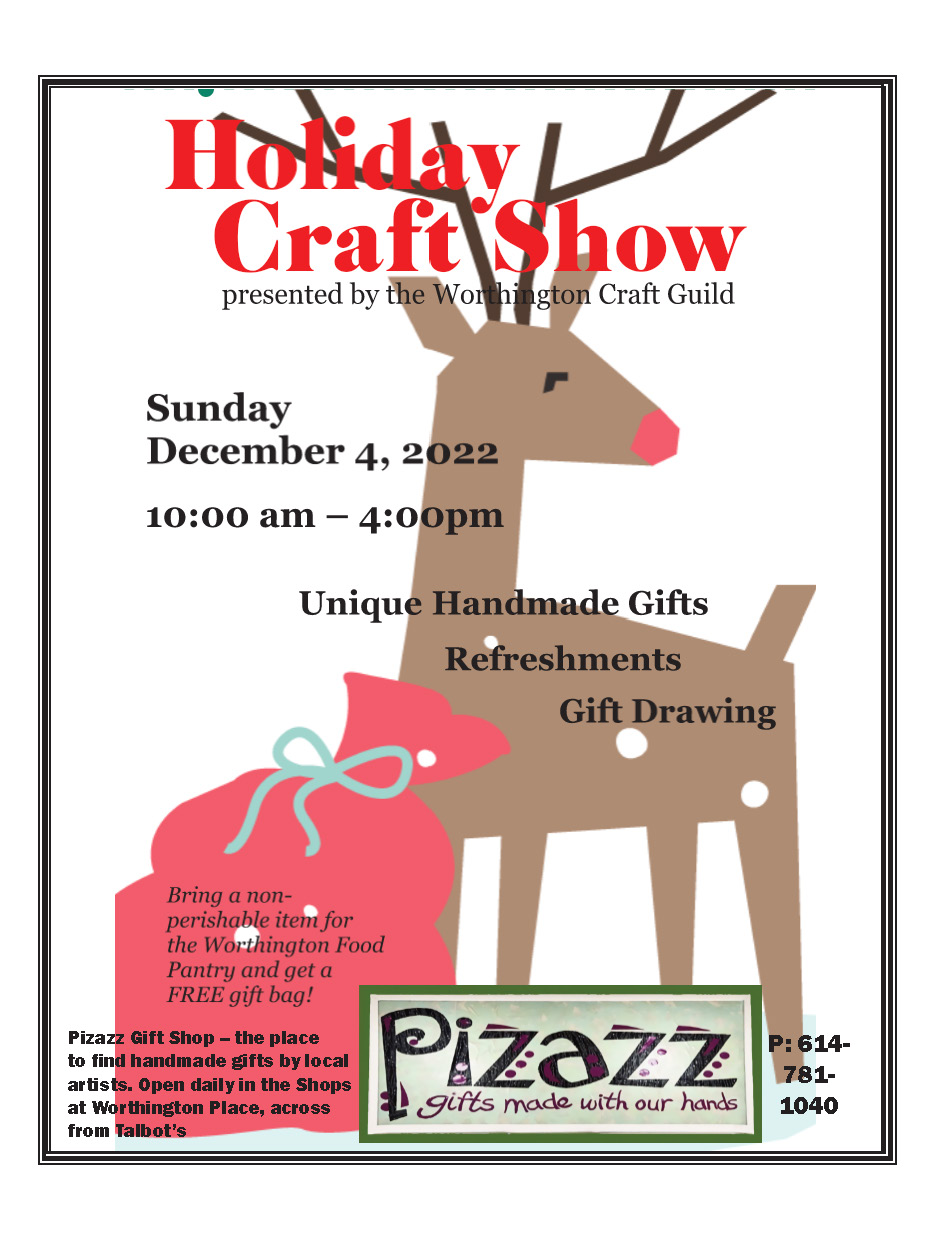